Col was born in Cleveland on 13th May 1941. He attended Wellington Point Primary School and Wynnum State High School. He left school in Year 11 and commenced work with Watson Victor Ltd as the Office Boy and worked his way through several positions to become the Queensland State Manager. During his employment with Watson Victor Ltd Col attended night school and completed senior and then studied Accountancy at the Queensland Institute of Technology.

Whilst working at Watson Victor Col met a gorgeous young blonde named Jeanette Paterson and they were married on the 20th January 1968.They have two sons Craig and Scott. When Watson Victor merged with another company in 1973 Col left and joined Redland Shire Council as a Human Resources Manager. He retired at the age of 59 and along with three colleagues started All Trades Queensland which they sold in late 2011.

Col loves sport and in his early teens played soccer and then tennis for many years winning many A grade trophies. He served as a committee member of the Redlands Lawn Tennis Association for many years including seven years as President( He is a life member of that Association).He was an active member of Cleveland Meals on Wheels for ten years. 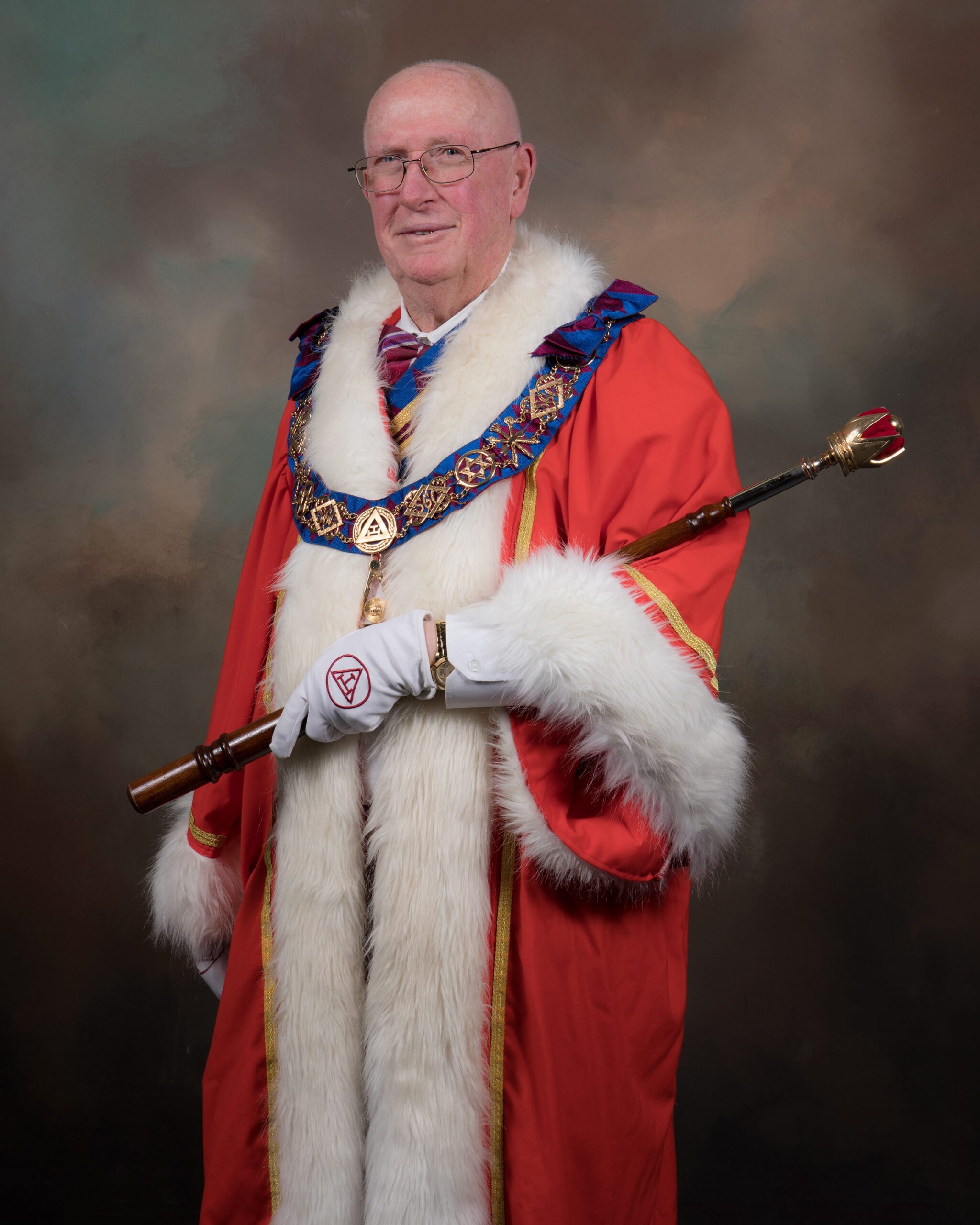 Col joined Beenleigh Royal Arch Chapter in June 2005, exalted in February 2006 and installed as 1st Principal in March 2010. In Grand Chapter Col commenced as a Standard Bearer in November 2011 then served as a G2NDSOJ, DGDC, GDC and appointed DGZ 2016/2018.
Col is also a member of the Royal Order of Scotland and is currently the Provincial Grand Master of the Provincial Grand Lodge of Queensland.